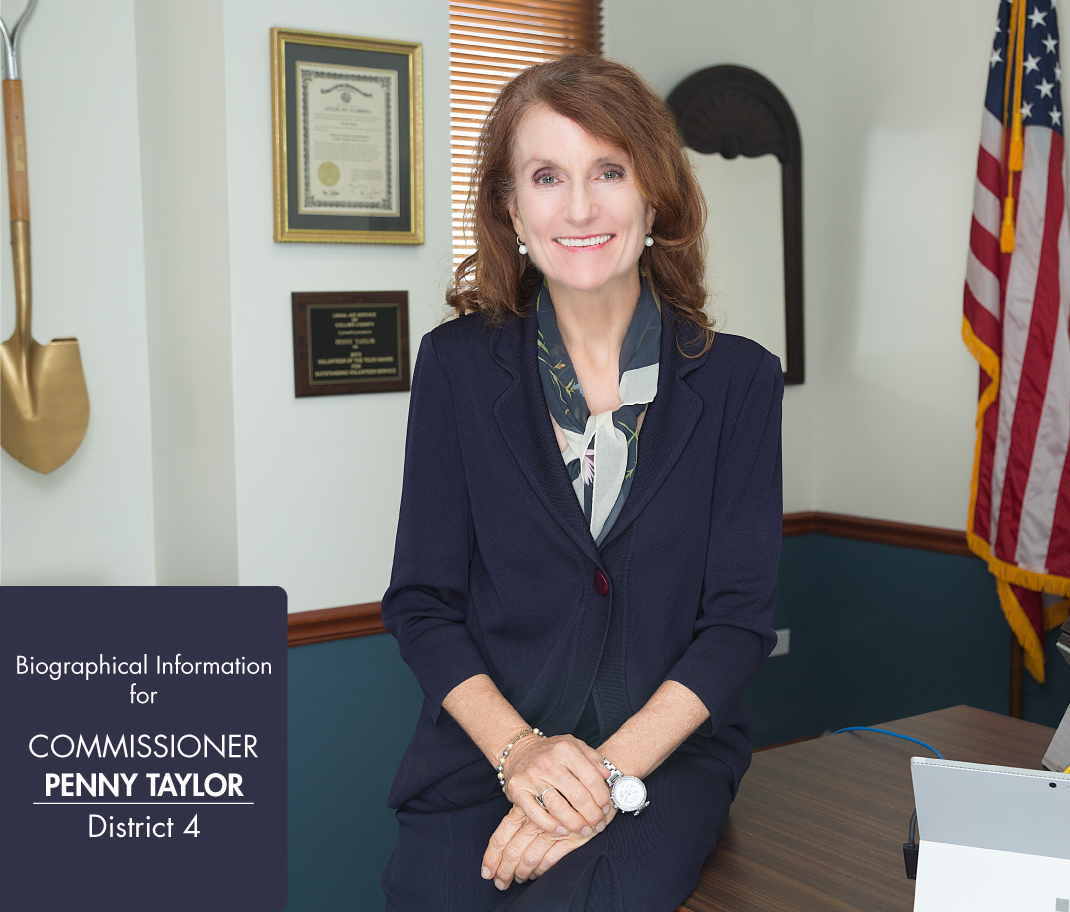 District 4 encompasses the area west of I-75 between Pine Ridge Road and Davis Boulevard including the City of Naples.

Taylor has also chaired the 10-member Metropolitan Planning Organization (MPO) in 2016 and 2017 and has chaired the Tourist Development Council in 2015 and 2016. In addition, she co-chaired the county’s first City of Naples/Collier County Sea Level Rise panel discussions in commission chambers in 2017, attracting a standing-room only audience.

During the 2013-2014 election season, Taylor initiated the resumption of talks between the City of Naples and Collier County to cooperatively seek federal grants to upgrade the water system (and install fire hydrants) in the Bayshore Drive residential/commercial area.

Taylor currently serves as Chair of Economic Development for the Board of County Commissioners.

As a member of the Commission, Taylor initiated the following:

Taylor has, owns and operates her own photography business in Naples for the past 35 years.

Her work has appeared in some of the nation’s largest newspapers and magazines, and in numerous exhibits in Southwest Florida, as well as in various local and regional magazines. Her work is on permanent exhibit at the Norris Center.

As a result of her photographic work - as well as her experience on City Council which established the first public arts program in Naples - Penny was named to the board of directors of Florida Humanities Council, the Florida affiliate of the National Endowment for the Humanities.

Penny is a graduate of the University of South Florida, with a Bachelor of Arts.  Taylor has performed post-graduate studies at the Rochester Institute of Technology’s School of Photography in Rochester, New York, and is a member of the Association of Magazine Photographers.

Penny Taylor is a proud mother of one daughter and a grandmother to 2 beautiful children.