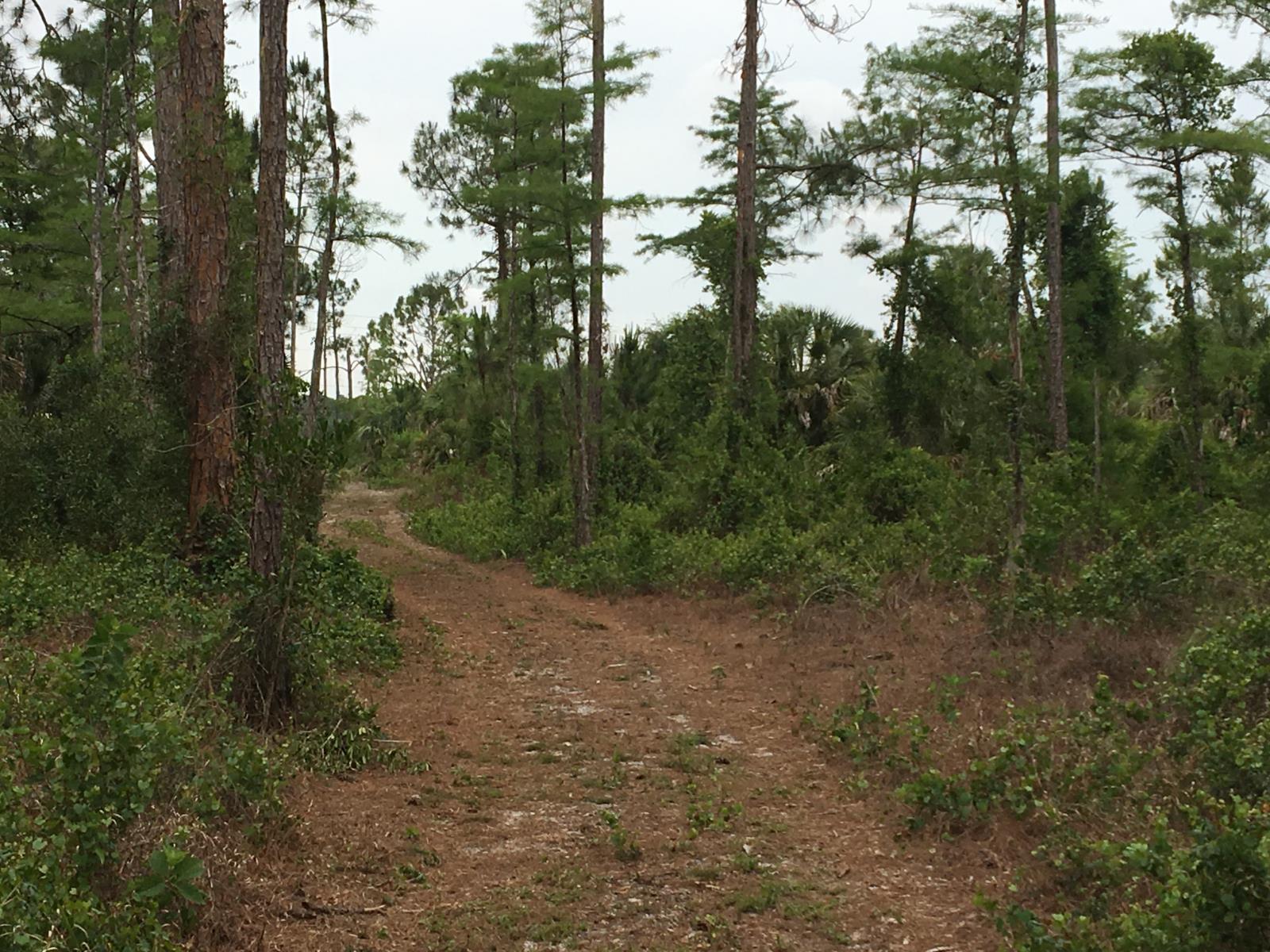 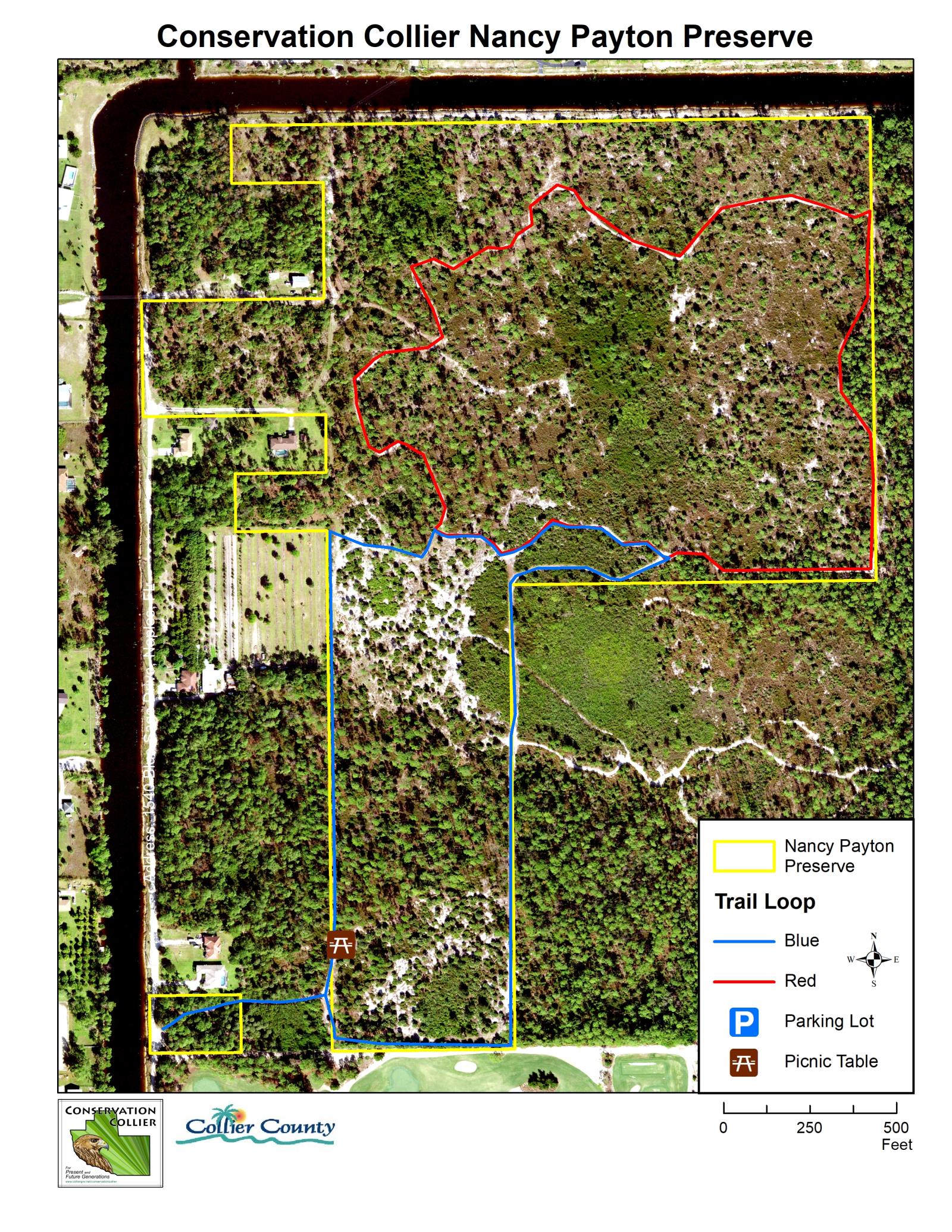 Plants: The dominant vegetation community within the preserve is native pine flatwoods.  One-hundred and forty seven (147) plant species have been recorded growing within the preserve boundary.   Of these, (121) species or 82%, are native to the site, and 26 species or 18 % are non-native or introduced.  The canopy is dominated by South Florida slash pine (Pinus elliottii var. densa) and scattered cypress (Taxodium ascendens), the midstory with cabbage palms (Sabal palmetto) and saw palmetto (Serenoa repens) and ground cover is mainly muscadine grapevine (Vitis rotundifolia) and grasses. 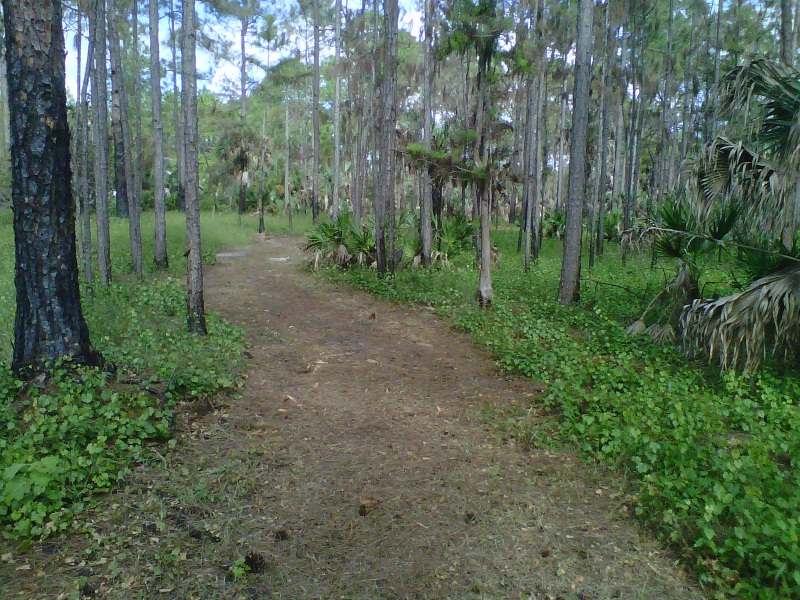 A number of plant species within the Nancy Payton Preserve are listed by the Florida Department of Agriculture and Consumer Services - one as Endangered, three as Threatened, and  one as Commercially Exploited. There are no known federally listed plant species.  Some species, like the flag pawpaw below, are endemic to South and Central Florida. 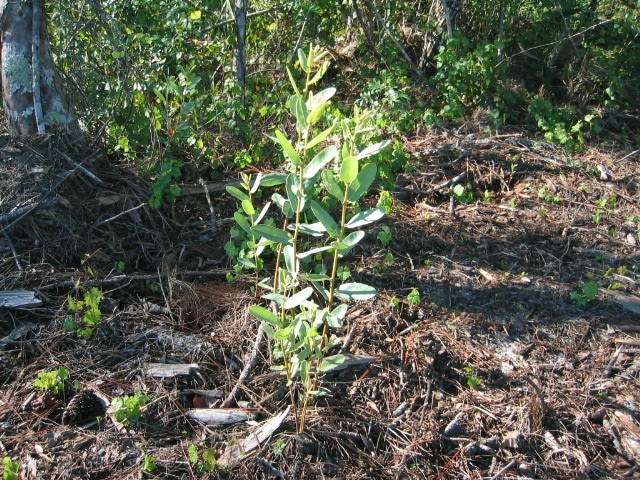 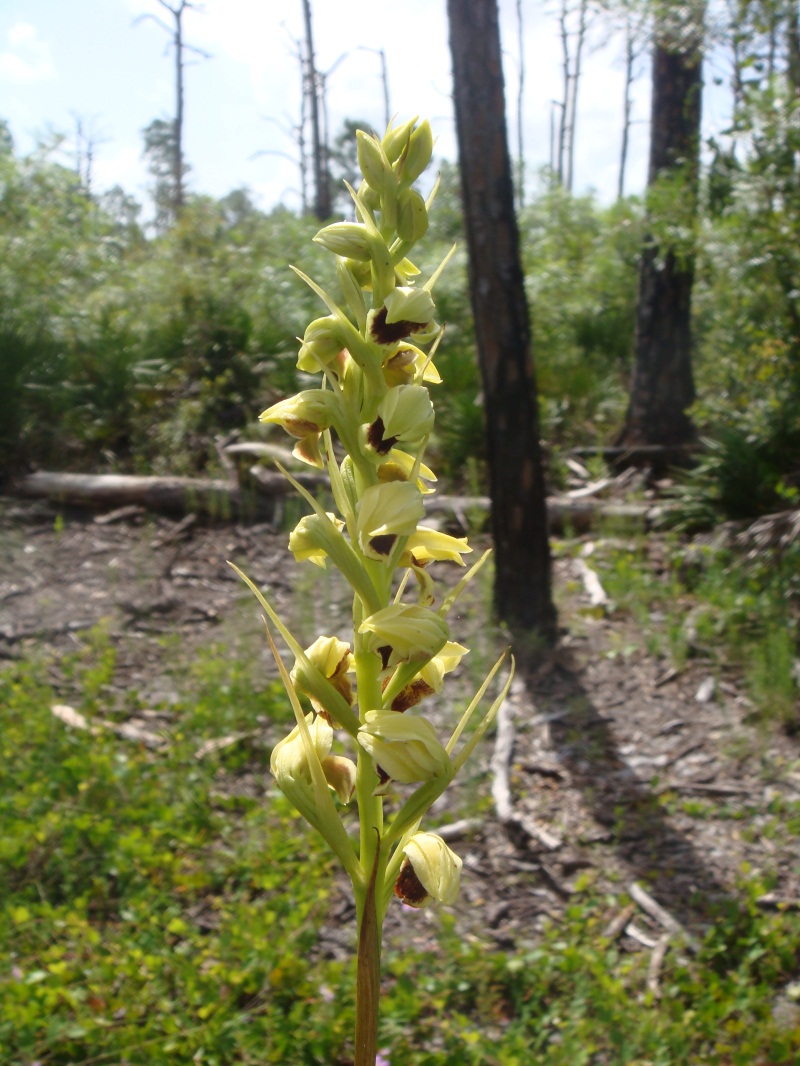 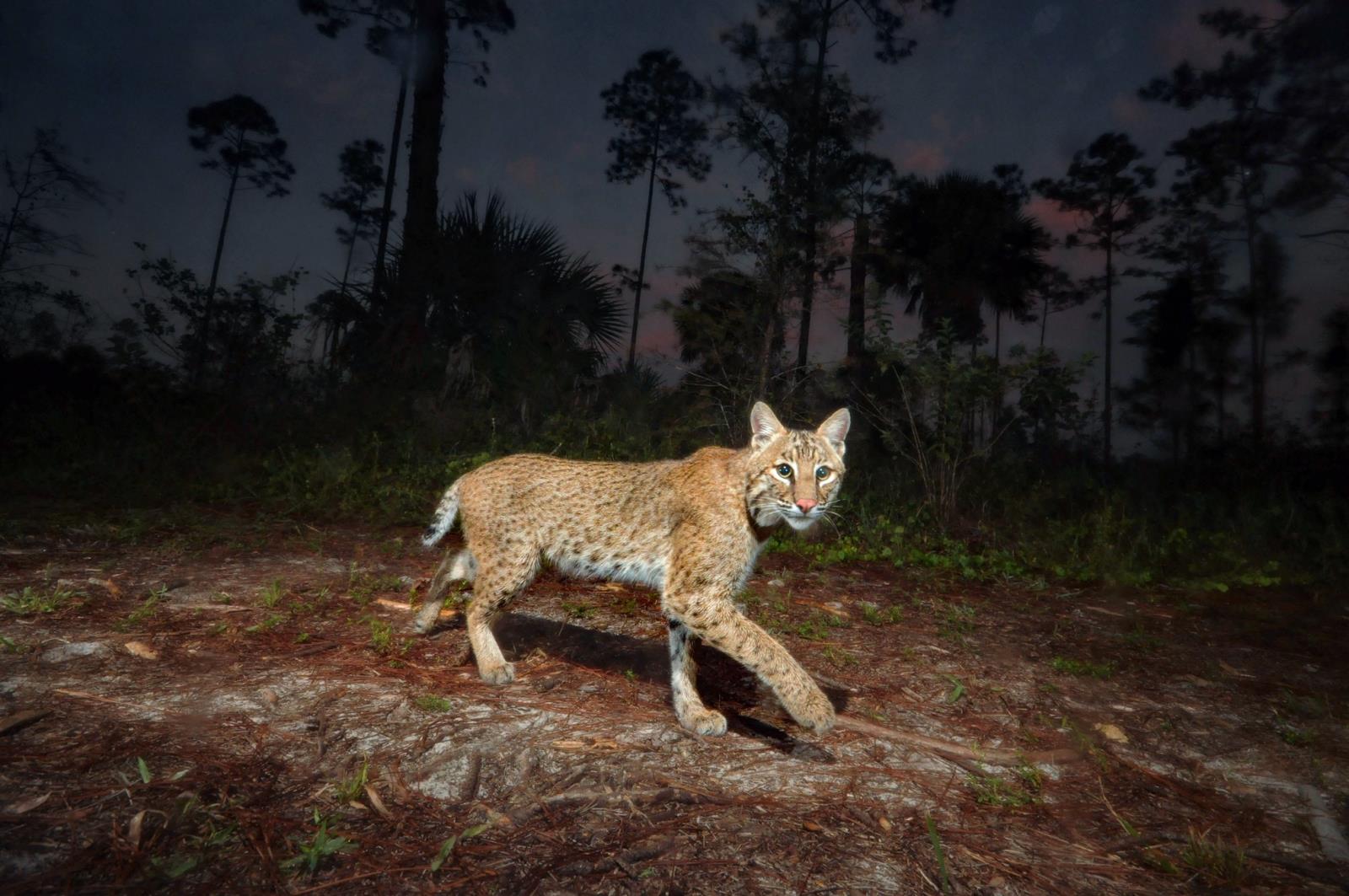 A bobcat photographed on the Nancy Payton Preserve courtesy of the fStop Foundation. 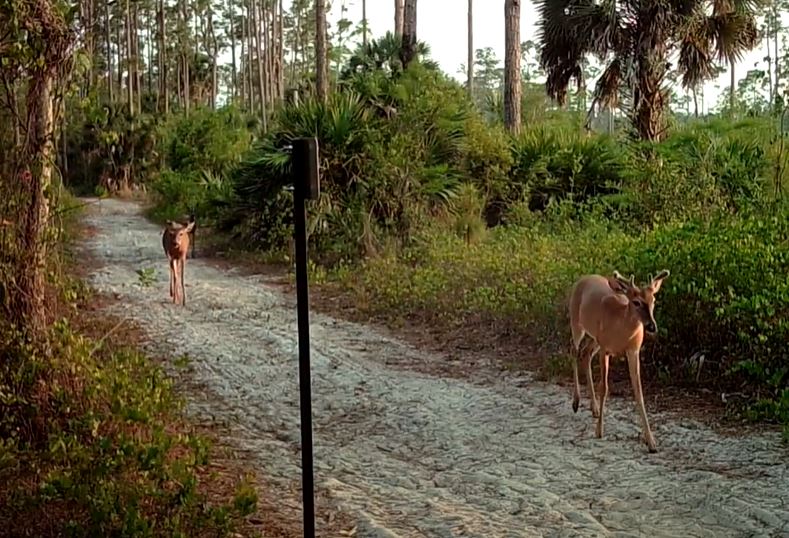 White-tailed deer photographed on the Nancy Payton Preserve courtesy of the fStop Foundation. 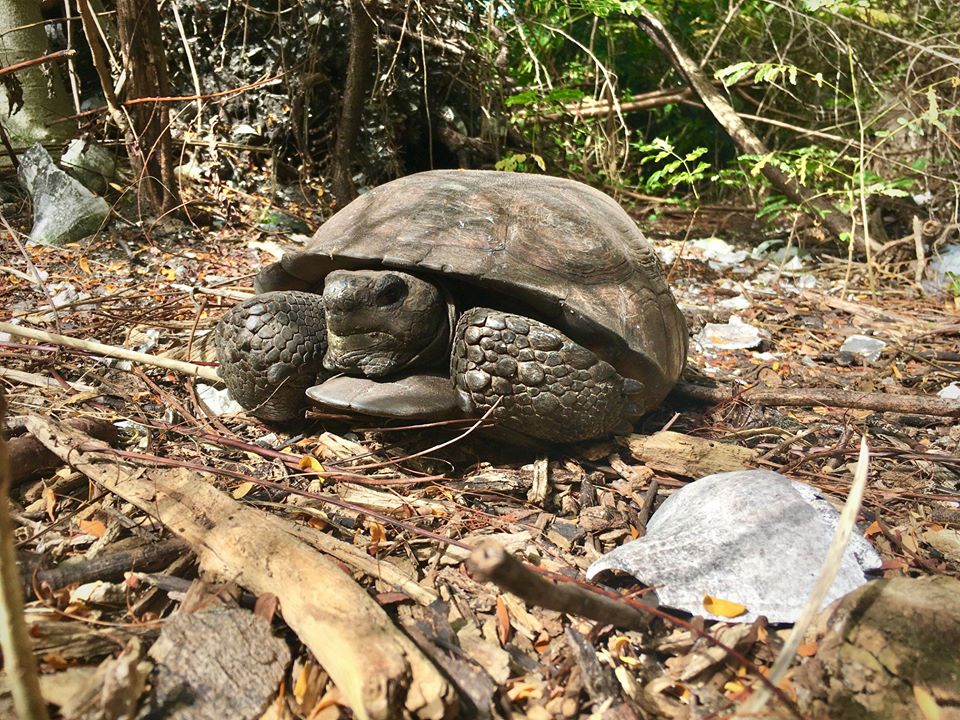 State-threatened gopher tortoise can be spotted along the trails

Management of the preserve will improve habitat and productivity for the state and federally endangered RCW, state listed gopher tortoise and other wildlife.   RCWs and gopher tortoises act as umbrella species for other wildlife species that thrive in well managed pine flatwoods habitats.

Red-headed woodpeckers nest within the preserve each year

The Florida Breeding Bird Atlas (FFWCC 2003) lists 49 bird species that have been recorded as confirmed, probable, or possibly breeding in the vicinity of the site that may be present at Nancy Payton Preserve.  The preserve also provides habitat for numerous native amphibian and invertebrate species. 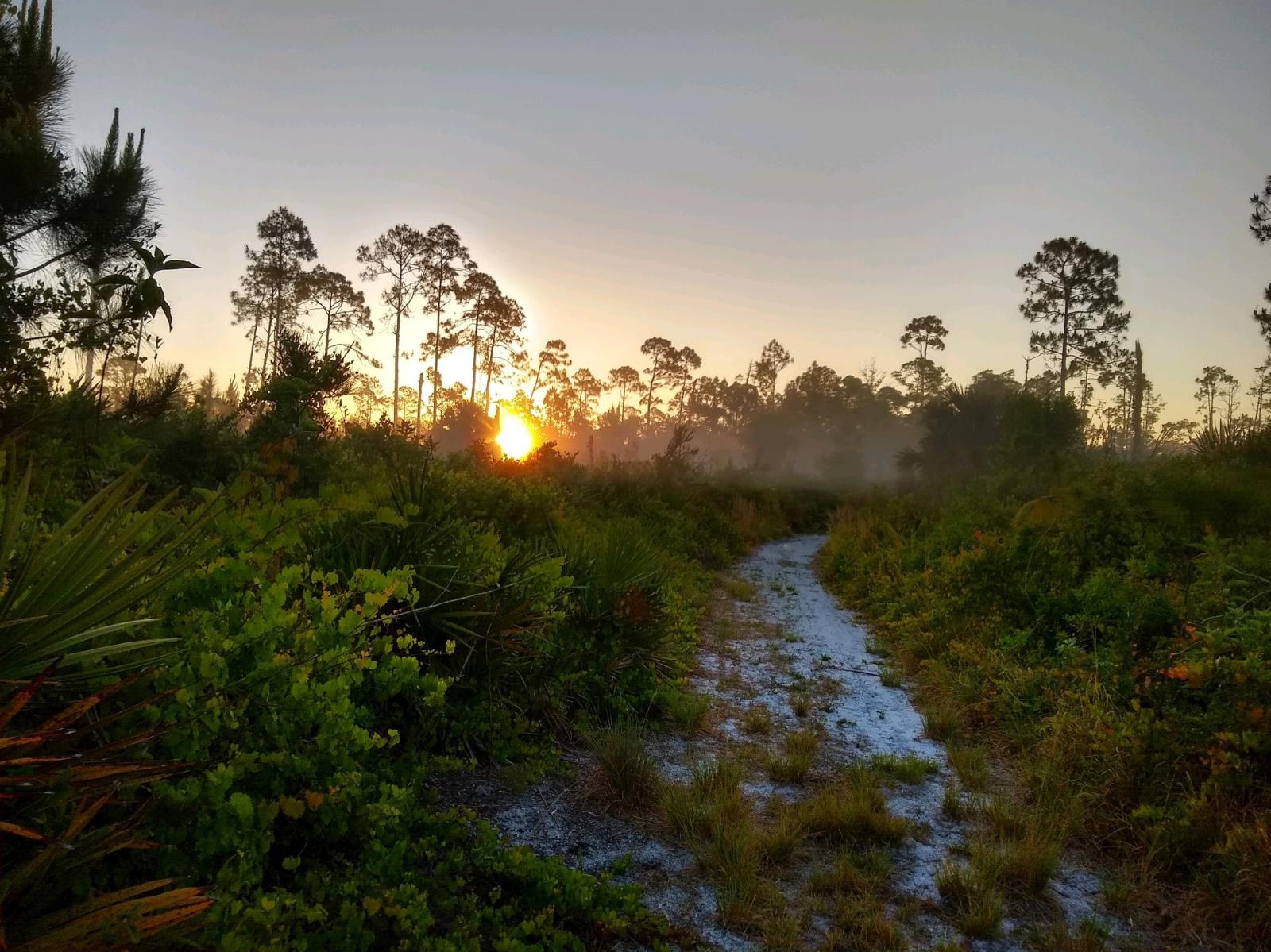 Reason for Acquisition: This preserve is significant in serving as an important wildlife refuge within the urban fringe for many native plant and animal species, both protected and commonplace.  The protection and management of native species and their habitats is critical to their long term existence in Collier County and throughout their ranges.