Address/Location: The preserve is located in North Naples, east of Old US 41 at the eastern end of Sun Century Road. Railhead Scrub Preserve is currently closed to the general public. Please contact the preserve manager for information about visiting the preserve. Contact information is below.

Public Access Status:  This preserve is not open to the public at this time. 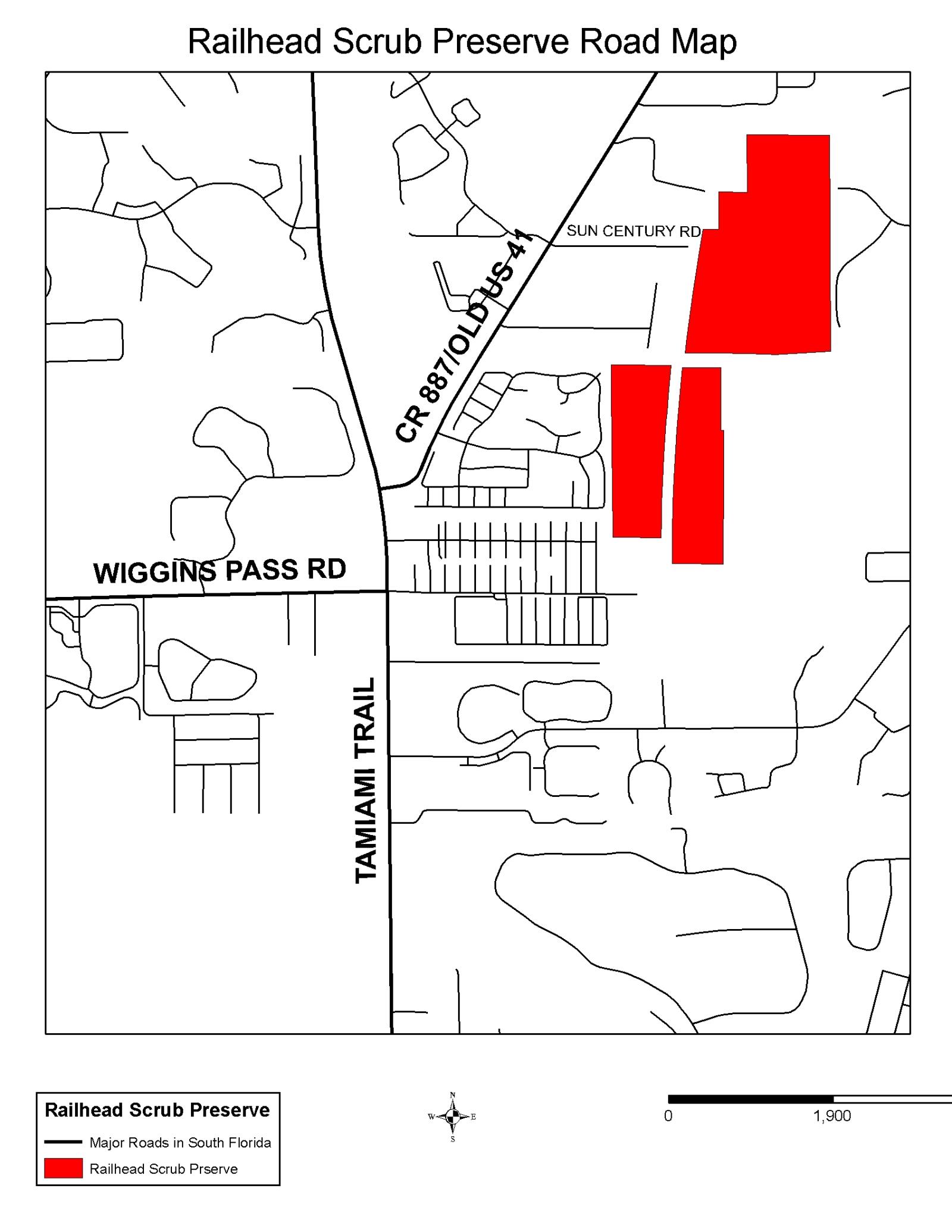 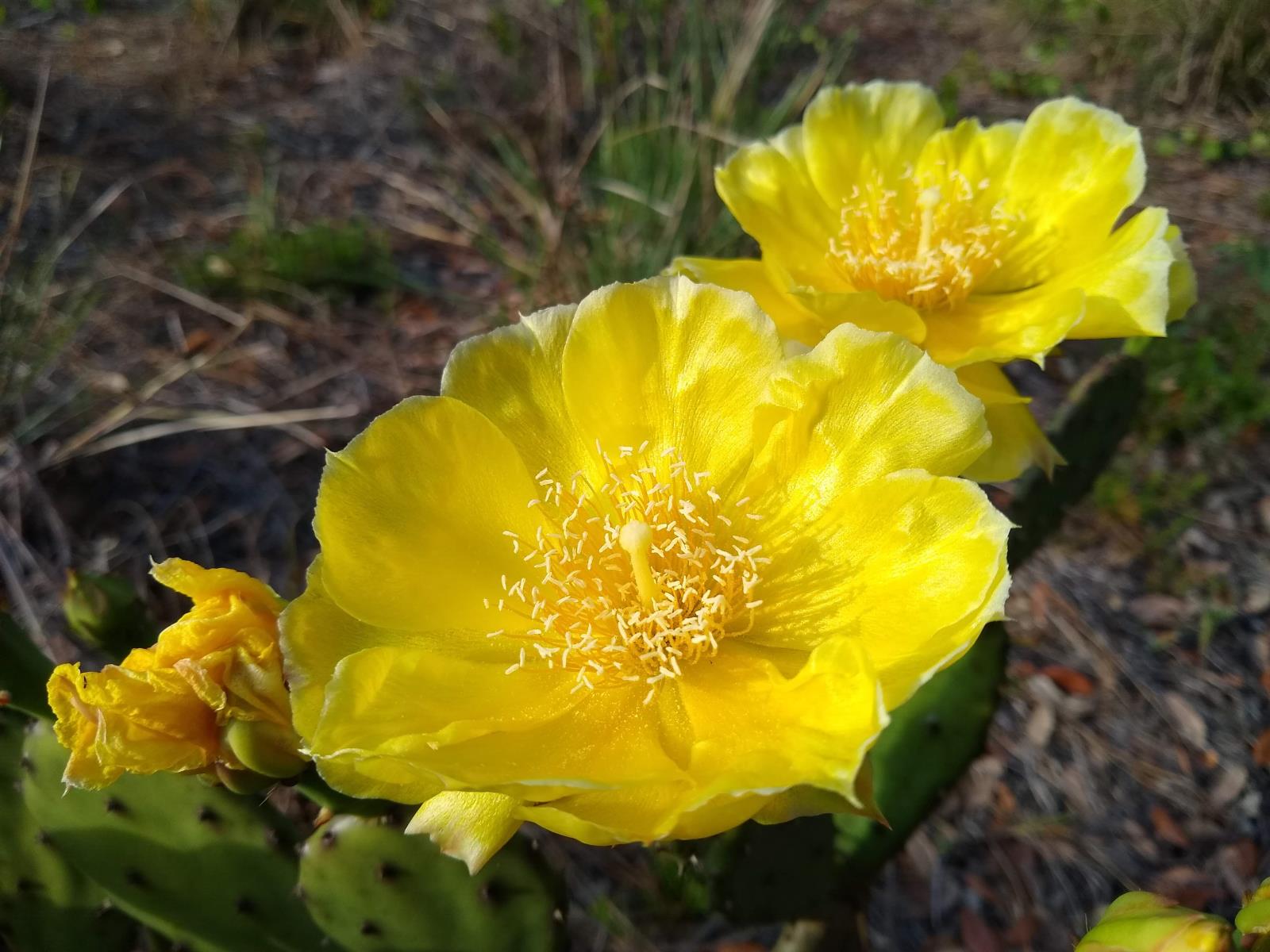 Public Access Facilities:  There are currently no facilities at this preserve.


Plants and Wildlife:  This preserve is representative of several of the typical habitat types found in Collier County including seasonally flooded cypress, hydric flatwoods,  pine flatwoods  and xeric oak scrub.  This last habitat type is rapidly disappearing in Collier County due to its higher elevation and well drained soils, which make it ideal for development.  For this reason, xeric oak scrub is a priority habitat for preservation in the Conservation Collier Program.  This preserve contains one of the last few significant sized (approx. 50 acres) areas of xeric oak scrub in Collier County.  Additionally, four hundred and nine (409) species of plants have been identified on the preserve site, including ten (10) species protected by the State of Florida. 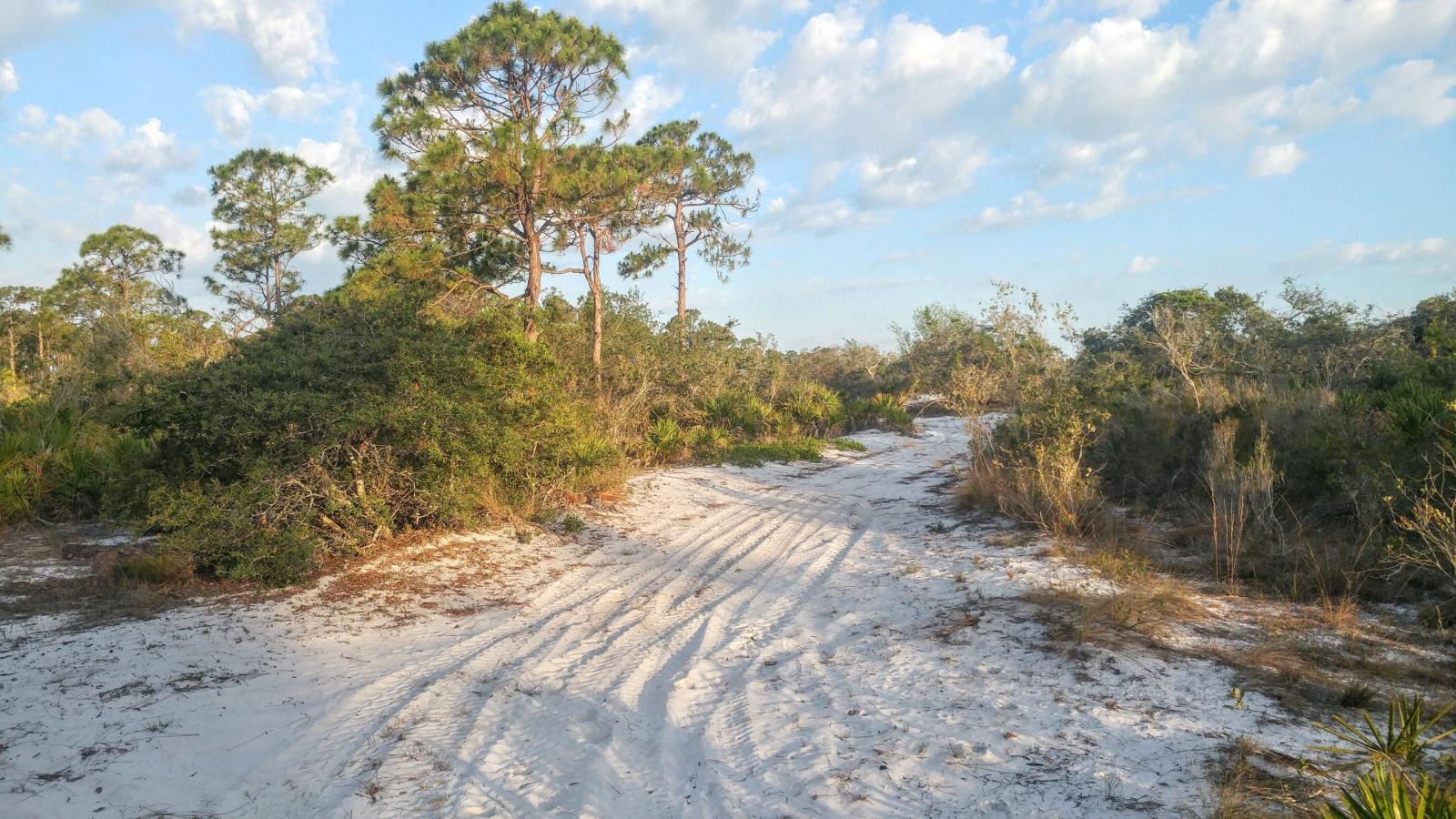 The unique soils and scrub habitat found at Railhead Scrub Preserve are some of the last remaining remnants of this once widespread land cover throughout Collier County.

Many species of wildlife have been recorded on the preserve.  Twenty-seven species of birds have been documented, including those that are wetland dependent, migratory and protected.  A resident red tailed hawk is often seen circling and calling in the scrub area and nearby nesting bald eagles can be heard calling from the flatwoods on the edge of the preserve.  White-tailed deer are routinely spotted along with Florida black bear, bobcat, raccoon, marsh rabbit and armadillo.  The preserve also provides habitat to a significant and dense population of Florida gopher tortoise, a threatened species protected by the State of Florida. 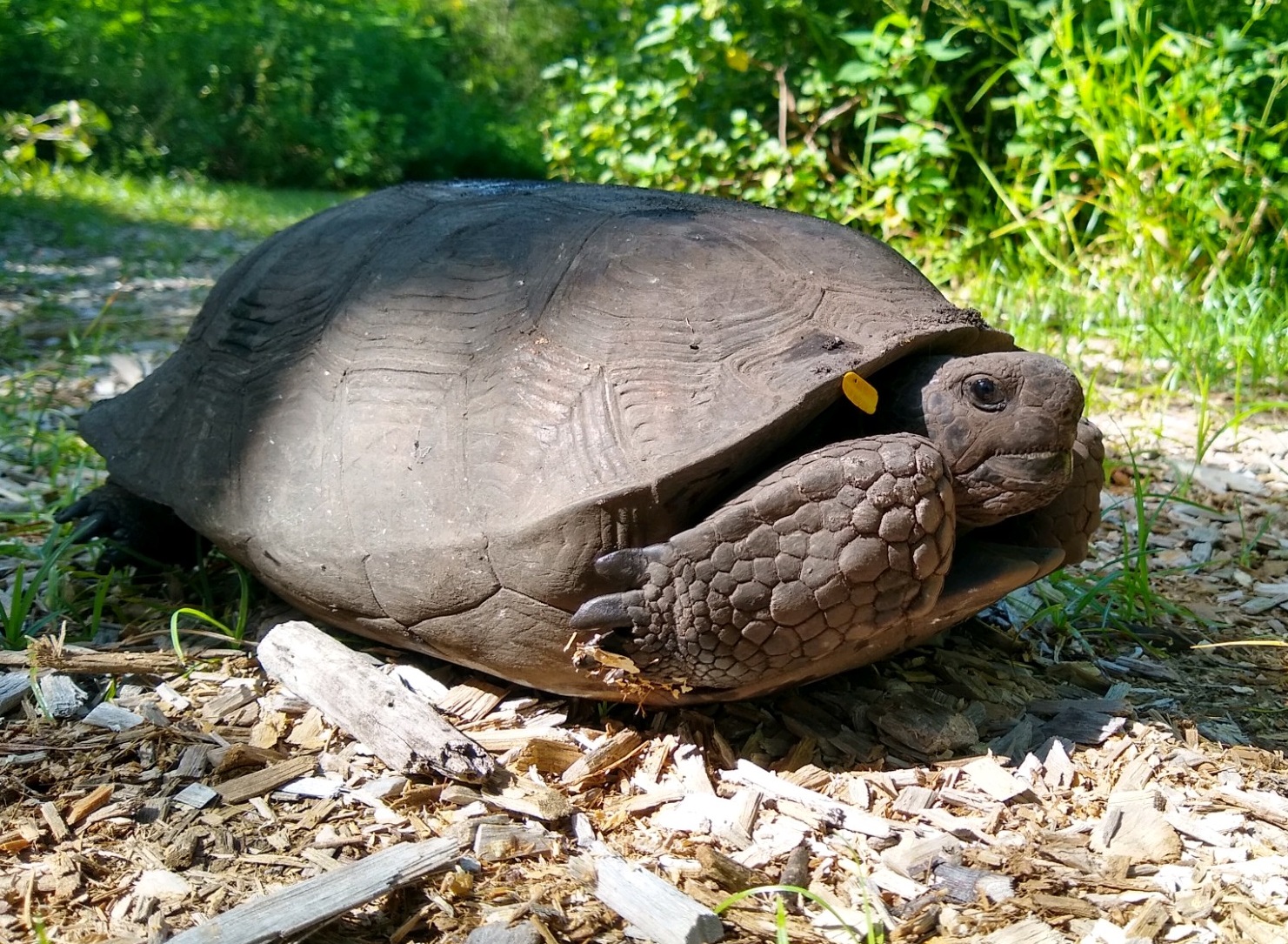 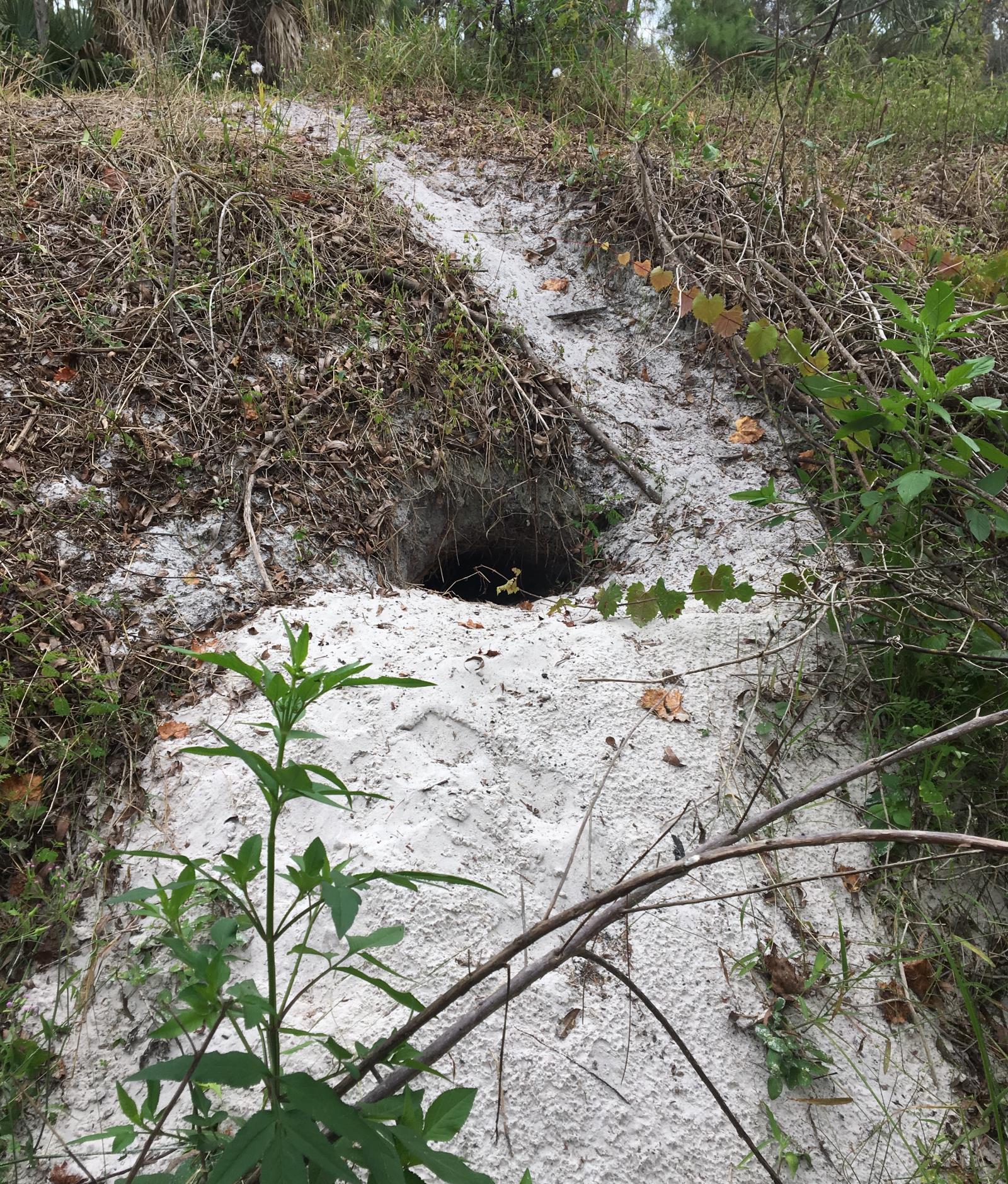 Railhead scrub protects habitat for state-threatened Florida gopher tortoise, a terrestrial species that relies on sandy soils for burrowing and a diversity of native scrub plants to forage.

Reasons for Acquisition:  There were a number of reasons that contributed to the selection of this property for preservation.  One significant reason is the presence of priority habitat as well as other native habitats including marshes and seasonal wetlands that provide important habitat for wetland dependent wildlife species.  The overall ecological quality of the existing habitats is very good and restoration potential is high.  The acquisition and protection of these properties protects water resources  of existing wetlands and provides open space for recharge of the surficial aquifer.  Exotic species were present, but were located in relatively concentrated areas where mechanical removal could be done easily.  Exotics were removed and restoration of impacted areas is ongoing.  Additionally, the large population of gopher tortoises and presence of protected plant species made this site important to  conserve. 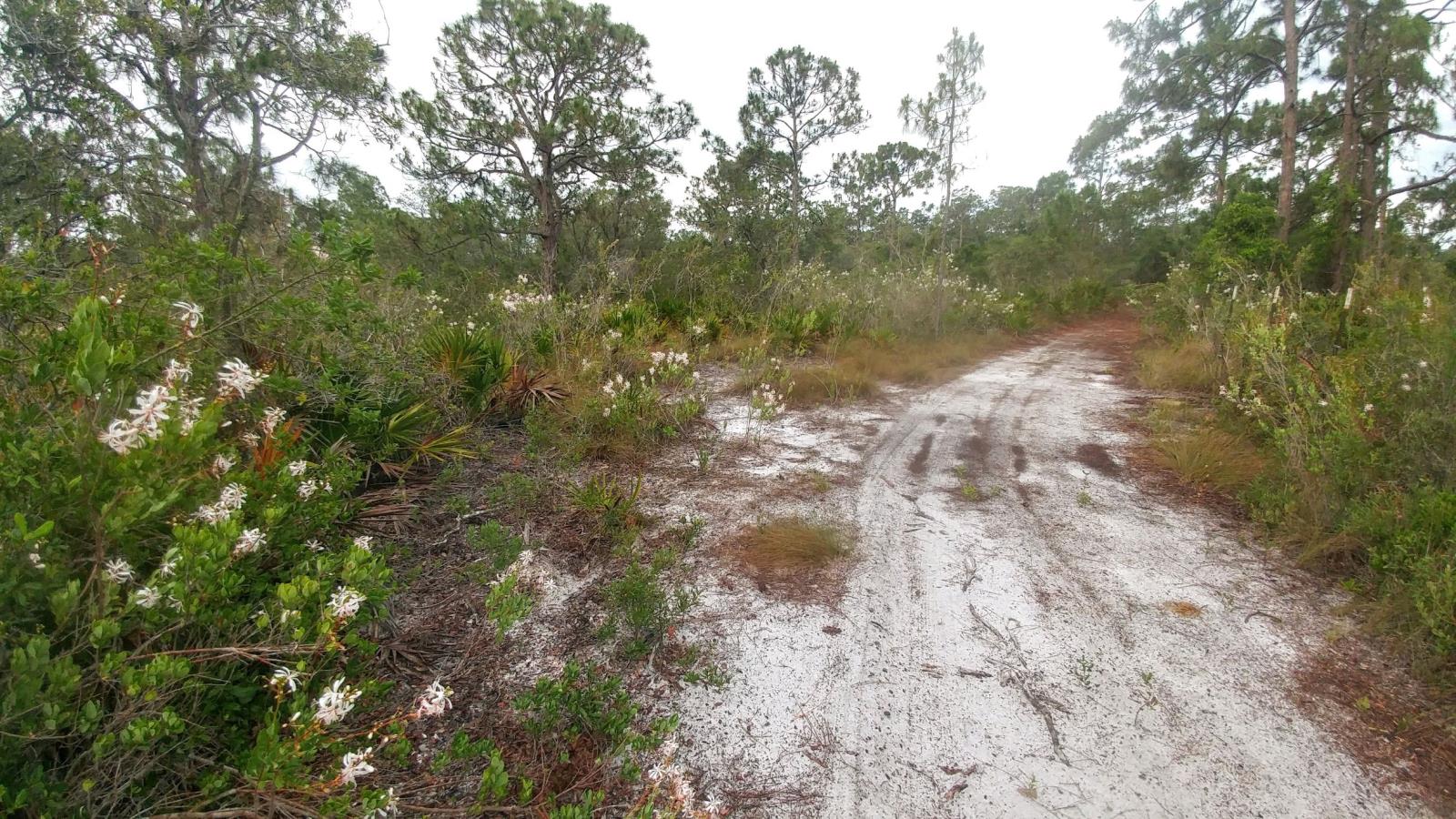 Native tar flower blooms line the fire-breaks of the preserve in the spring, a plant named for its sticky resin that coats and traps insects. 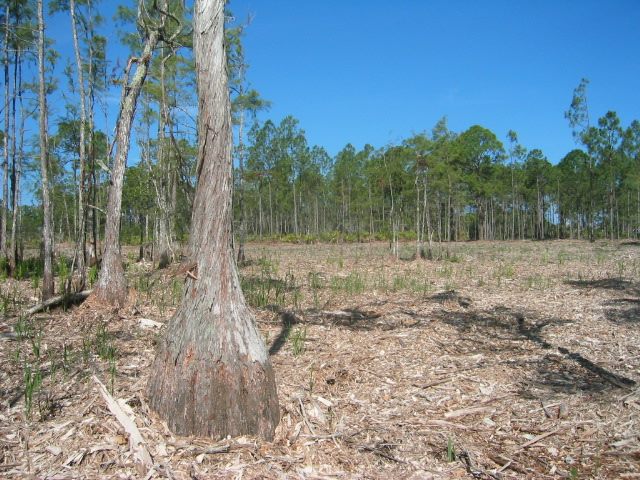 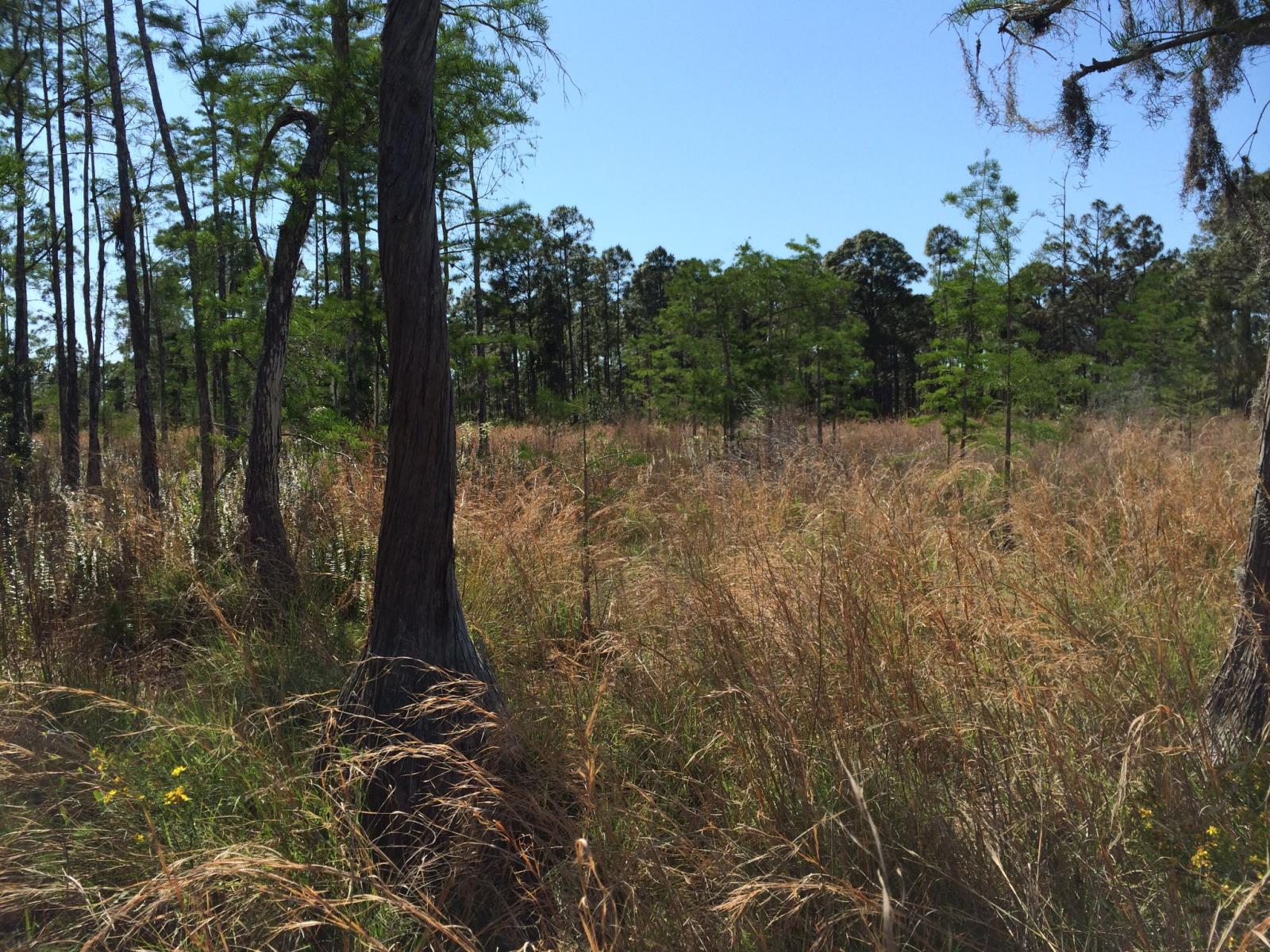 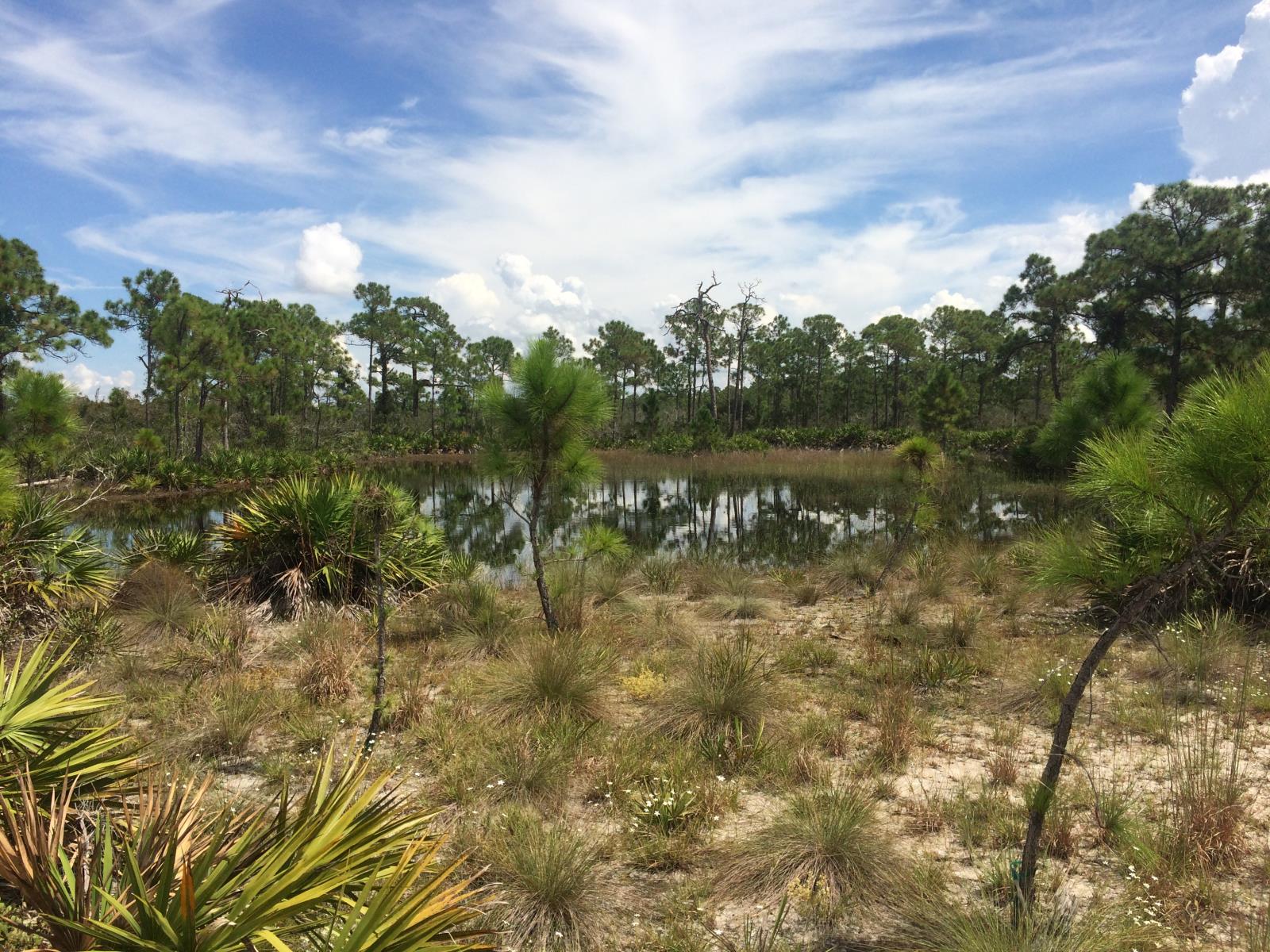