Storm Surge: An abnormal rise in sea level accompanying a hurricane or other intense storm, and whose height is the difference between the observed level of the sea surface and the level that would have occurred in the absence of the cyclone. Storm surge is usually estimated by subtracting the normal or astronomic high tide from the observed storm tide. Why evacuate, see THIS PAGE.

New Graphic will be used by the National Weather Service to display Storm Surge Watch and Warning areas.

Storm Tide: The actual level of sea water resulting from the astronomic tide combined with the storm surge. To see the current tide timetable for a particular area, go to this site.

Tropical Cyclone Storm Surge Inundation Map for All Other Locations. 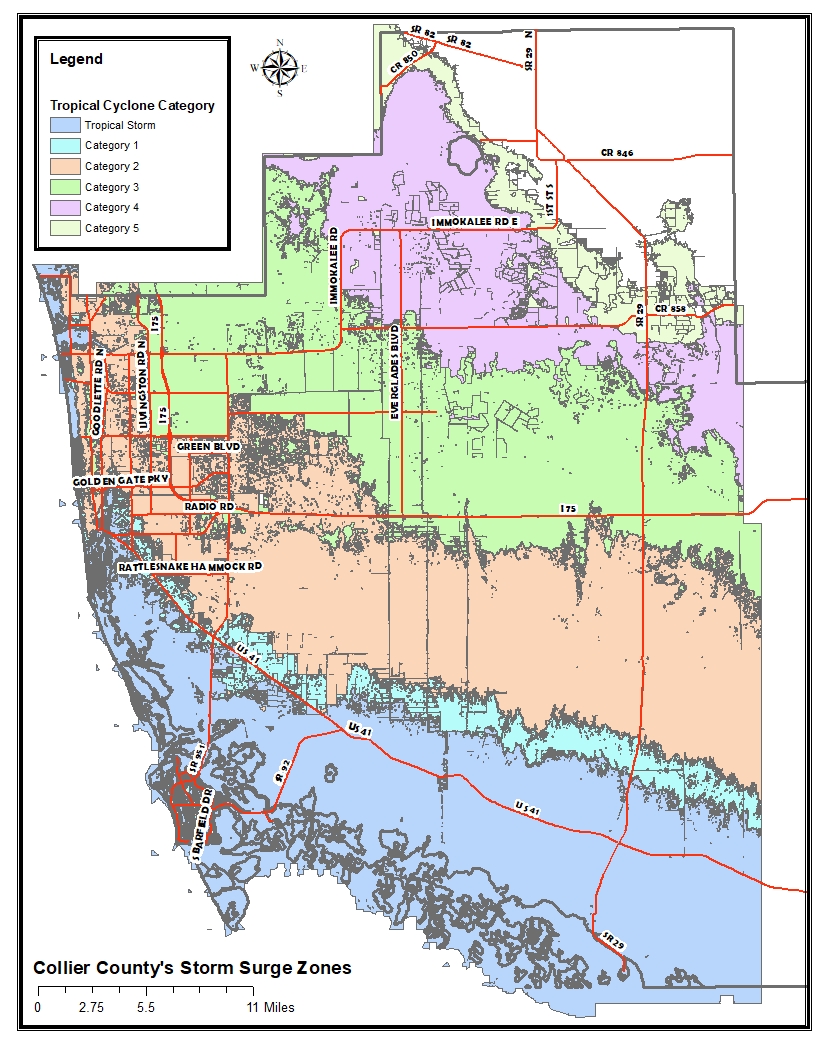 This map above indicates the areas of Collier County that are subject to flood from tropical Cyclone storm surge. It shows the worst of the worst cases, that would be generated by a storm making landfall in the county. It does not show the surge from any particular track, but from all tracks. It does show the worst possible case for any part of the County for a tropical cyclone. Exiting and paralleling storms will not generate the surges shown in this map.

It also does not show water depths, which vary depending on the storm strength, site elevation and distance from the coast.

When a tropical cyclone directly threatens Collier County, the National Weather Service Meteorological Development Lab will issue a "Probabilistic Hurricane Inundation Surge Height (PHISH)" graphic depicting the probable storm surge height ABOVE GROUND.  They will be taking into account the local elevations.  However, their graphic will NOT account for either the wave heights or the local astronomical tides.