This is the smallest of all the United States Posts Offices and is still a significant and functioning reminder of the early tomato farming communities in Ochopee. The structure first existed as a storage shed housing irrigation pipes and farming equipment. The shed became a Post Office in 1953 after a fire destroyed the first Post Office and much of the town. It was subsequently moved to its present location in order to continue to serve as a Post Office. Today, this wood frame structure remains in its near original state. This site is located on the south side of U.S. 41 and approximately 1,000 feet east of Caldwell Road.

The Atlantic Coastline Depot
The first trains arrived in 1927 at The Naples Depot while it was still under construction. The station served the railroad until 1971 when service was discontinued. For a short period The Naples Depot was rented to a building supply store until the a non-profit company formed to "Save The Depot". The depot is located at 1051 5th Avenue South.

National Register of Historic Places. Docent-guided tours of the house-turned museum are offered year-round. The Cottage is the educational headquarters for all Society programs and initiatives, including an Archival Viewing Center, which allows visitors to peruse the Society’s vast archives with states-of-the-art digital systems. Located at 137 12th Ave South in Naples. www.NaplesHistoricalSociety.org Phone: 239-261-8164.

Robert's Ranch
This ranch exemplifies the cultural, economic, and historic growth of the ranching industry in Collier County. It was built in 1914 and was the first ranch in Immokalee. The two-story bungalow dwelling is of primary importance since it became the center of the home extension activities in the area, a program sponsored by the U.S. Department of Agriculture. Today, the ranch style dwelling retains its original nine room floor plan with beaded wall and ceiling paneling and much of the original furnishings. The outbuildings are also very accurate examples of the type of accessory buildings found on farms of the 1920's. The ranch is located in Immokalee and on the southeast corner of Roberts Avenue and SR-29.

This store was established in 1906 and is now one of the oldest buildings in Collier County. The building was elevated approximately 6 feet on pilings in 1924 to prevent flood damage. The store and trading post served the Seminole Indians, settlers and the early pioneers of Chokoloskee and Collier County. Currently the wood frame structure still rests upon pilings and remains in its original state with 95 percent of the initial stock and artifacts intact. The store has also been listed on the National Register of Historic Places. The store is located on the south end of Mamie Street

The Olde Marco Inn
Captain Bill Collier built the Marco Hotel on a 10-acre plot to house fishermen. Construction of the hotel was completed by 1885 and opened to the public advertising “Two dollars a day and bring your own vittles.” In 1896 the Colliers allowed Frank Hamilton Cushing, leader of the Pepper-Hearst Expedition, to use the summer parlor to dry out ancient Indian artifacts uncovered in the muck near the hotel. By 1925 the rates had gone up to $30 a month in the summer and $30 a day during Season. Cottages were added to house patrons who came year after year. Collier sold the hotel to a New York syndicate that had the financial backing of George E. Ruppert, part-owner of the New York Yankees, and others. Marion and Wilhelm Blomeier became owners in 1969, enclosed the porch and renovated the interior with antique tin pieces tiling the ceiling of the hallway and bar. A group of Minnesota bankers purchased the Inn and added two adjacent buildings in 2003 and 2004 with 52 condo units. 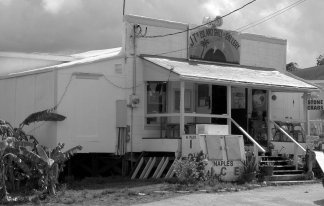 The original structure was a small office built by Collier in the 1920’s and was located behind the Rod & Gun Club in Everglades City. It was moved to Chokoloskee in 1956 after the causeway was built. As a store, it was operated by a number of local families (Brown, Hamilton, Weeks, Kelley, Wells). It was renamed JT’s in 1989 when purchased by John and Fran Tifft who expanded the general store to include a small restaurant. It was sold again in 2001 and operated as a full restaurant and added a gift shop. The store was designated as a county historic structure in 2008 by the Board of County Commissioners. 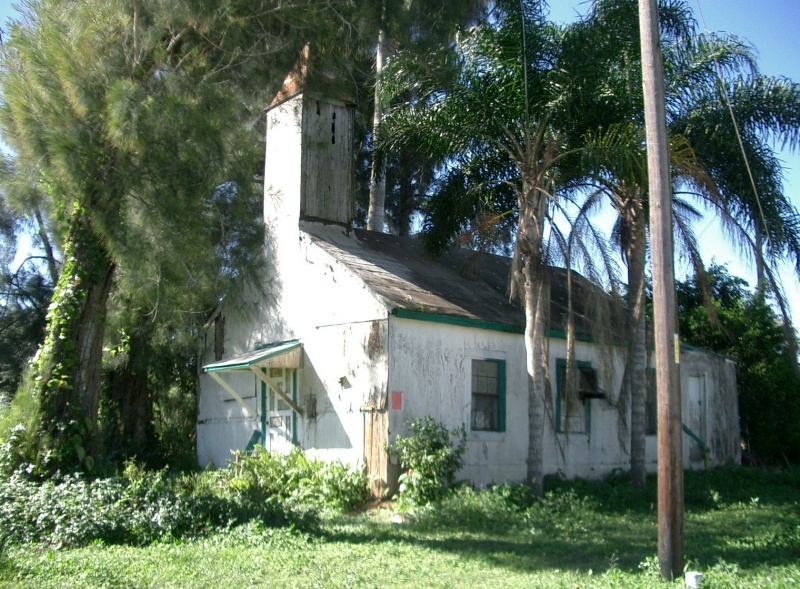 Bula Baptist Mission
The Bula Baptist Mission was built in the 1940’s for the Black families in the community, many of whom worked for the Lee Tidewater Cypress Company in their logging operation from 1943 to 1957. It is reported that Anna Mae Perry, a midwife whose husband worked at the logging operations, delivered babies; if stillborn, they were buried at the Mission. The mission was designated as a county historic structure in 2008 by the Board of County Commissioners.

AKA: Caribbean Gardens/Naples Zoo
In 1921 Dr. Henry Nehrling established his tropical garden that is now located within the Naples Zoo site, initially growing orchids, bromeliads, and other tropical plants. By 1925 he had increased his collection to more than 3,000 different species. In 1952 the old Nehrling Gardens site was purchased by Julius Fleischmann and was opened to the public in 1954 as a commercial tourist attraction under Fleischmann’s interest and guidance. Collier County purchased the property in 2005 and currently leases it to Naples Zoo, Inc. The garden was designated as a county historic site in 2007 by the Board of County Commissioners. 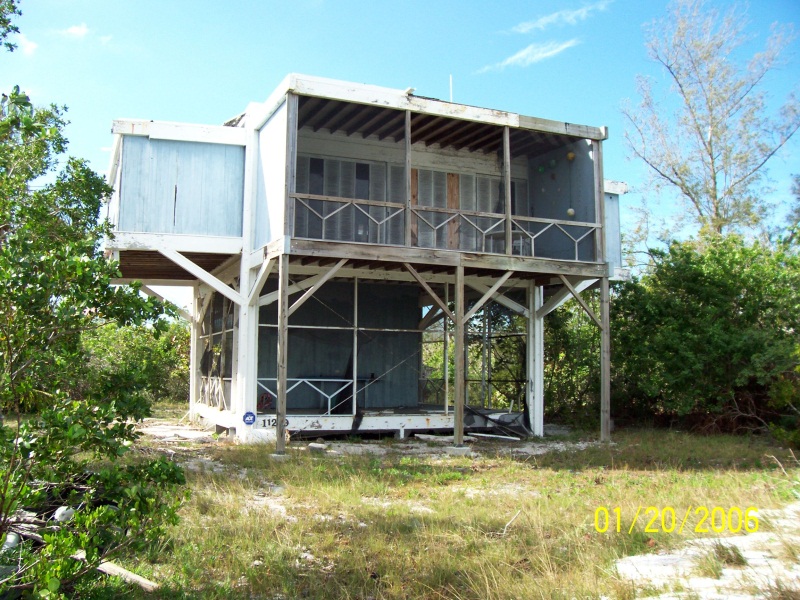 Hart Cottage
The Hart Cottage was designed by Bert Brosmith of a group of architects who formed the Sarasota School of Architects” and it was his first commission in Florida. The style of the home is comparable with The Sarasota School of Architecture, sometimes called "Sarasota Modern," and is a regional style of post-war architecture that emerged on Florida's Central West Coast; the combination of a clear modernist approach that is specific and unique to Florida. The Sarasota School of Architects is more a “school of thought” than an actual school and is characterized by its attention to climate and terrain. Large sunshades, innovative ventilation systems, oversized sliding glass doors and floating staircases dominate many of these buildings, mostly built between 1941 and 1966. The significance as an architectural design of Historic Modern Florida homes created prior to the era of air conditioning and a home fully functional without central electricity and modern plumbing. The architects involved with this movement incorporated mechanical means, material choices and forms that enabled their structures to coexist and enhance the relationship with the Florida climate and landscape. The cottage was designated as a county historic site in 2006 by the Board of County Commissioners.